Anyone who has read my writing on this website knows that I spend a lot of time observing birds. I’ve learned that there is much which can be learned from studying the behaviors of birds (and other organisms) which can be applied not only to wildlife conservation efforts, but also to my daily activities as a part of human society. Yes, sometimes I do leave bird society! In fact, I’m confident that if people more closely observed animal behavior and related such behaviors to their own, then human society would be in far less danger of unraveling, possibly explosively, due to our actions.

Take territoriality, for instance. Some birds defend territories, some don’t. I’ve spent a lot of time observing Blue Jays, and Florida Scrub-jays. If I were to walk into a patch of forest where I knew Blue Jays existed and played a recording of Blue Jay flight calls (calls that they utter when they are flying, possibly to stay in contact with a mate, siblings, or offspring—depending on the time of year), I likely wouldn’t attract resident Blue Jays who are ‘looking for a fight,’ who wish to drive away ‘intruders.’ In other words, Blue Jays aren’t territorial.

Florida Scrub-jays, however, will station a member of their group on the tallest available perch, which offers an unimpeded view over a territory up to 50 acres in size, which is usually covered by short scrub oaks. Especially just prior to the breeding season and when acorns are on the trees in the fall, if that sentinel scrub-jay sees, or hears, a nearby scrub-jay within its territory that is not a part of its family, one could say that ‘all Hell breaks loose.’ That is, the sentinel jay will begin calling and will fly ‘aggressively’ toward the ‘intruder’ (me with playing a recording) or the actual intruder, with a flight consisting of undulating dips (not unlike the routes of some roller coasters). Its family members will follow in a similar way, and the intruders will likely be chased away. Very rarely, there may actually be a fight, which involves locking feet together, and pecking at one another while on the ground.

Here is a link to a video which contains a recording that I captured when Florida Scrub-jays were acting territorial:

Point being, two closely related species can have very different ways of behaving in similar circumstances. Why might that be? The difference in the tendency to behave in a certain way is due to differing past circumstances that the ancestors of these species encountered. Scrub in Florida has historically been basically a series of small islands surrounded by a sea of other habitat types (this situation is getting worse, due to human-caused habitat destruction, hence the necessity of translocation). So, the scrub-jay ancestors of current scrub-jays found themselves in a situation which required them to aggressively defend pieces of land where scrub existed. Those that did not do this probably did not pass on as many genes (which directly influence behavior; aggressive scrub-jays tend to make aggressive scrub-jays) and thus those that were territorial prevailed. Alternatively, the ancestors of Blue Jays inherited and came to depend upon a much wider range of habitats, covering a much larger area than the scrub which Florida Scrub-jays depend upon (most of the eastern United States, currently). In fact, because Blue Jays are so good at using a variety of forested habitats, I even have seen them in older scrub, beside scrub-jays. And so, it seems, because there is a lot of their required habitat available, and therefore all of those things which habitat provides directly or indirectly (food, shelter, mates), Blue Jays are not generally inclined to be territorial.

In other words, both Blue Jays and Florida Scrub-jays, like all other living things, are products of their environment. They behave the way that they do because of circumstance. As the sound waves produced by the call of an unfamiliar scrub-jay are perceived by the sentinel bird, hormones are released which cause a territorial response by that sentinel scrub-jay, along with his/her family. And maybe, I speculate, they experience feelings that we could recognize as they take their undulating path toward the ‘enemy.’ Alternatively, the Blue Jays in the tall forest less than fifty meters away watch a ‘stranger’ jay fly by, without so much as an internal ripple of indignation.

Remarkably, circumstance has allowed most human beings to possess the capability of understanding such processes. For one who does in fact understand them, the world can become a much more intelligible and tolerable place. Even, maybe, an infinitely wonderful place. Reasons for the behaviors of friends, neighbors, family, and ‘enemies’ can thus become clearer (though usually remain murky, at best, due to so many factors being involved). And for me, at least, with even a small degree of understanding comes a profound appreciation for the good things that people do. Compassionate, altruistic, and loving behaviors can be identified and cherished if one pays attention. A kind act in the supermarket: ‘you only have two things, go ahead.’ A call, ‘out of the blue,’ from a friend who you haven’t heard from in years. A kind, thoughtful conversation with a stranger. A commitment to not part till death.

However, the fact that many humans and non-humans constantly behave mindlessly and destructively is also painfully apparent. This is, of course, through no fault of their own, as hard as that is for anyone to initially admit. A co-worker goes out of their way to make you look like a fool, and cause you pain. A spouse cheats. A relative holds an unreasonable, destructive grudge. A dog bites, a snake strikes, a Blue Jay watches as a scrub-jay chases. An egocentric, ignorant president or dictator impetuously orders a nuclear strike. 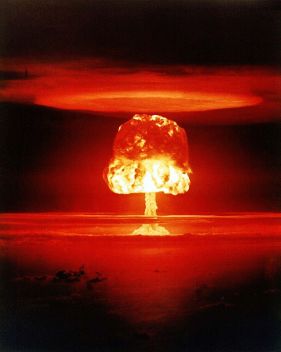 The simple fact is that we as human beings are in an extraordinarily precarious position. The environment upon which we and our family (including non-human life on Earth) depend upon is being altered due to selfish acts which are not always easy to identify. Territorial impulses cause people in one country to hate people in another country. We possess the capacity to destroy life on Earth with our technologies, and seem to be on the track to doing so. We are constantly bombarded by information which lessens our ability to focus upon the real issues that threaten us. Many of our leaders are no more conscious of the causes for their actions than a scrub-jay is, and far less admirable. These leaders possess the capability to, and seem intent to, destroy life by selfishly exploiting natural resources and those who depend upon them. They might gravely and tirelessly prepare for hurricanes which scientific projections suggest will radically and negatively alter the lives of their voters within a few days, ‘because we must prepare for the worst,’ but ignore related, long-term climatic projections which suggest a threat of far greater magnitude and severity, simply because doing so will not get them re-elected. These leaders behave in a way that is dictated by voters. An ignorant electorate will yield politicians who behave ignorantly, even if they aren’t actually ignorant. Selfish actors, it seems, are never in short-supply. It is obvious that they will destroy life as we know it if we allow them to. 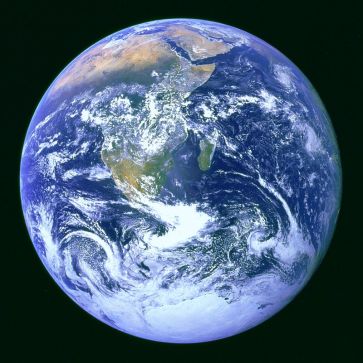 And so, I’m doing my best by writing this to provide to you with some information that I have been lucky enough to happen upon, due to circumstance. When you see a bird, or another type of animal, I hope that you will take the time to watch the way that it behaves and wonder why it behaves the way that it does. What about the way that it behaves might have helped its ancestors to survive? Examining life in such a way may cause you to be inclined to examine your own behaviors. And I’m sure that you have already, but maybe not using the ‘lens’ that I have suggested that you use to observe a bird, which has been influenced by the same types of historical pressures as you. Does the hawk eat the sparrow because it’s evil? No. It does so because that is how its ancestors behaved to survive. Do you, when no one is looking, do something which might, for no good reason, hurt the feelings of, or prospects for, someone else, because you are evil? No! More than likely, you, like the hawk, are behaving in a way which helped your ancestors spread their genes. Luckily, though, you possess the ability to be conscious of your actions and thus modify your behavior. What impulses do you have which might have helped your ancestors to survive, which may in fact be harmful to you, your family, and/or the rest of life on Earth? Taking the time to think about this simple question is very important. Not only can an honest answer to this question allow us to lead happier lives, but it just might allow us as a species to avoid self-destruction.

Luckily, there are many, many people who in fact are aware of much or all of what I have written in this post. They may be among those who have devoted their lives to developing technologies which lessen our environmental impact, like solar-powered vehicles. They may be educated activists who attempt to bring public attention to pressing social justice and/or environmental issues. They may even be politicians who must carefully mince words in order to be re-elected, so that they can do some genuine good. Or, more likely, they are plumbers, secretaries, high school teachers, and other important members of society, who we meet and interact with every day. There is a lot of reason for hope and optimism, but only if human consciousness can outpace a terrifying unconsciousness that seems to be leading toward global catastrophe. These are dangerous times, which require that the majority of us be awake. Indifference will result in disaster, to a degree which we simply cannot accurately predict.

I want you to know that I understand the reasons for sensationalism, which some people might characterize this post as being caused by. It is true that an author might sell more books if he/she convinces readers that they have written about an important issue. A news network might describe a situation as being far more dire than it is, to get more viewers. This happens. I can assure you, though, that the primary cause for me writing this post is that when I woke up this morning, I felt inspired to attempt to spread some information which might help to protect the experience of life on Earth, which I’m fascinated by. The cause for that feeling this morning was certainly affected by my exposure to others, in the past, who have concluded similarly. My hope is that maybe I can affect readers similarly.

And so, I encourage you to pay attention/care, and to the best of your ability speak out against things that you believe to be wrong, organize effective means of causing change, vote responsibly, and generally act in a way which might preserve this wonderful place for our descendants. Our behavior will have a profound impact on them.

If you don’t believe me, just watch the birds. 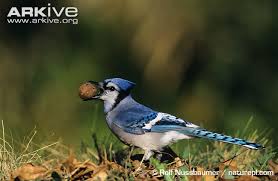